Skitsystem and Tomas Lindberg goes separate ways. We are sad to inform you that Tomas Lindberg no longer will be a part of Skitsystem, this has solely to do with lack of time, and is a decision made collectively by everyone involved. To avoid all rumours that usually surrounds news like this, we would like to inform evryone interested that there are absolutely no bad blood, no arguments , no scandals what so ever surrounding this mutual decision.

Tomas Lindberg says : "Skitsystem has always been very special to me, it is a band that I formed together with fredrik back in the days, so it´s like parting with a part of myself, it is really sad…but i would rather see the band continue and prosper without me, than slowing them down…as my pressed schedule has sometimes meant cancelled gigs.To prove that there is absolutely no hard feelings between the other guys and me I will try to still contribute with lyrics and the occasional riff here and there in the future too…this is not an easy decision to make, but in the end it will hopefully prove to be the best for the band. I wish the rest of the guys the best of luck, and look forward to see them live very soon…"

Fredrik Skitsystem says : I have known Tompa for more than 15 years. To part ways with him is very sad for me and the band but wont slow us down. Both me and Tompa puts more value into our friendship than to let a band come in between us. Tompas conviction and standards has always been to put 110% effort into Skitsystem when time has allowed. He started the band with me and Adrian 10 years ago and is by time the longest running membership he has had in a band. We have decided within the band that we will continue with the name Skitsystem even after Tompas departure, we have already found a new member in guitar player Micke Kjellman from the band MARTYRDÖD and we are in a full process writing new material for a follow up to "Enkel resa till rännstenen". We can only say that this is sad, but we fully support Tompa and wishes him the best of l uck for him and the bands in the future and theres NO whatsoever bad blood in this! Skitsystem will continue into a new era, still with the exquisite lyrics of T.Lindberg in our heads, qoutaton: "Jag é så jävla sne, jag é så jävla lack, trött på skiten och Punk as fuck!" 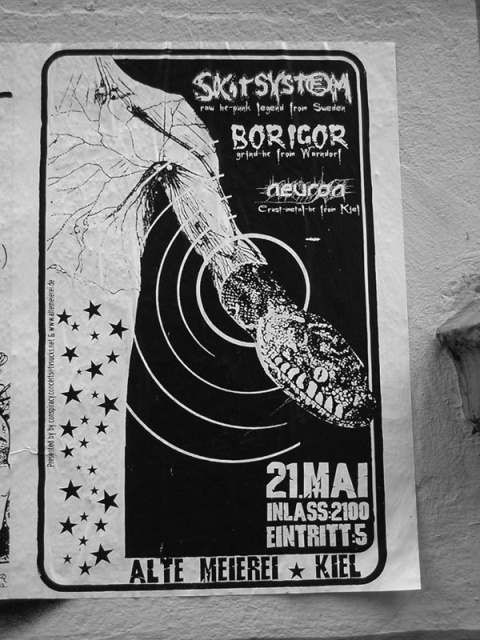